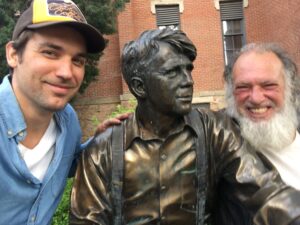 set out from Eastern Connecticut,

D-ro was bound to Long Beach, California to meet up with his, then, significant other, Lori.

I was bound for Ojai, California to meet with the son of a Hopi elder.

This Hopi elder had brought Hopi prophecy to the United Nations.

Columbus encountered a paradicial place. And then he turned it

Where the Pandemic Takes Us, How It Focuses Our Collective Mind

Home Is Where You Return to