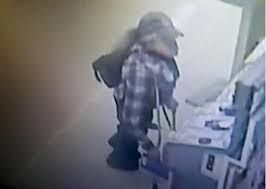 The attempt to bomb the Nederland police station on October 11, 2016,

“The act I have taken responsibility for was intended to bring to the public’s attention the continuing tragedy of the murders of unarmed civilians by a few in law enforcement,” Ansberry wrote in a letter to United States District Court Judge Christine Arguello.

“When I was 19, in 1971, a town marshal who elected himself judge, jury and executioner summarily executed Guy Gaughnor, also 19, and who I considered my brother.

‘Guy died alone in the dark woods outside of Nederland, Colorado, with a bullet to his head,” Ansberry wrote.

“Those who aided and abetted Guy’s executioner, some who still walk the streets of Boulder County, shielded his executioner for 30 years.

“He died never having served a day in jail,” wrote Ansberry

He was never prosecuted.

Early on the morning of Oct. 11, 2016, Ansberry left a backpack containing an IED (improvised explosive device) outside the then-empty Nederland police station.

And yet, there were people nearby.

A Nederland resident testifiesd during Ansberry’s trial that he was opening his restaurant, right above the police station when Ansberry was trying to detonate the bomb.

The bag was brought into the station, where it sat for 40 minutes before it was opened, and the bomb was discovered.

Meanwhile, Ansberry, who stands 3-foot-6, and went by the aliases Jessie Howard and Midget Jessie, tried 11 times to detonate the bomb, with a cellular phone, from a nearby motel.

one of the more notable groups, of demonized outsiders in Boulder County

This group is said
to have included as many as several hundred people,

contributed daily to the job security of law enforcement
officers.

Nederland Town Marshal Renner Forbes, had a reputation of being heavy handed.

In 1997 he confessed to taking
Guy Goughnor,

a more conspicuous member of STP,

at the Pioneer Inn (a bar/restaurant/music venue in Nederland).

to shooting Goughnor in the head,

and dumping the body two counties over.

Revenge for this was the motive of the attempted bombing of
the police station.

David Ansberry was sentenced to 27 years in prison. Prosecutor Greg Holloway argued Ansberry created a dangerous explosive device that could easily have gone off and killed innocent bystanders.

“What could have happened is horrifying. It’s abhorrent… indiscriminate revenge,” Holloway said.

“The act I have taken responsibility for was intended to bring to the public’s attention the continuing tragedy of the murders of unarmed civilians by a few in law enforcement,” Ansberry wrote in a letter to the judge. “I did not seek to terrorize or cause the public pain as it would be counterproductive to my goal.”

In sentencing Ansberry,  the judge applied the terrorism enhancement in the United States Sentencing Guidelines, finding that Ansberry’s actions were calculated to influence or affect the conduct of government or to retaliate against government conduct.

Ansberry said that he was prompted to act against the Nederland Police by the August 10, 2014,  fatal shooting of Michael Brown by police officer Darren Wilson, in Ferguson, Missouri.

Columbus encountered a paradicial place. And then he turned it

Where does it go the wind that blows. Where from does it

Where the Pandemic Takes Us, How It Focuses Our Collective Mind

Home Is Where You Return to