Sam Libby wrote for The New York Times and The Hartford Courant. And yet, he never had a real job with these newspapers. He was listed as an independent contractor. Which meant he made little money and received no employee benefits.

This meant that much of his adult life was lived on the edge.

He was also a commercial lobster fisherman.

He was also a cannabis grower.

In August 1997 he was massively busted for growing cannabis. He became a prisoner in The War on Plants. This experience led to the writing of his first book, ‘The Jah Department of Environmental Protection (D.E.P.): True Possession of Place In The Time of the Connecticut Indian Casino’.

This book was first written in a standard newspaper journalism style. And yet it became an epic, gonzo poem.

When Colorado began the legalization of cannabis Libby joined in ‘the green rush’, which was much like ‘the gold rush of the 19th Century. Eventually he became a denizen of Ward, a significant place of ‘the gold rush’ and the ‘green rush’ which is also a high outpost (9,400 feet) of Beat Poetry.

While there he began writing in a prose poetry form, and became unable to write in a standard newspaper journalism form.

Libby left Ward in October 2020, and is now in Santo Domingo, Dominican Republic. He is finishing ‘The Gonzo/Kukulcan Papers’ a collection of stories of Central America. This book will be published in the spring of 2021.

And in the spring he will begin travels in Spain, Southern France and Italy for the writing of a subsequent book, ‘Sojourning and Sauntering in Cathar/Qabala Places’ 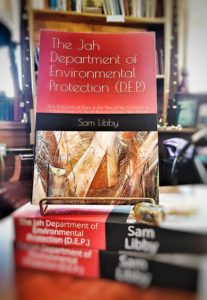 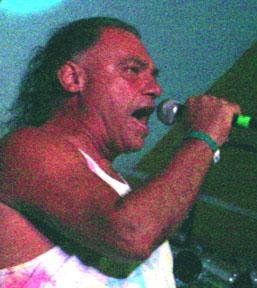